All about the Vapes

Cannabis vaporizers (aka vapes, carts, vape pens) are one of the most discreet ways to consume cannabis and are becoming increasingly popular as an easy, subtle way to medicate. And who doesn’t love convenience and ease when it comes to medicating?

While there are many different forms and methods of vaping, including table-top vaporizers, dab rigs, and flower vapes, this blog is dedicated to the common cartridges you’ll find at most dispensaries. 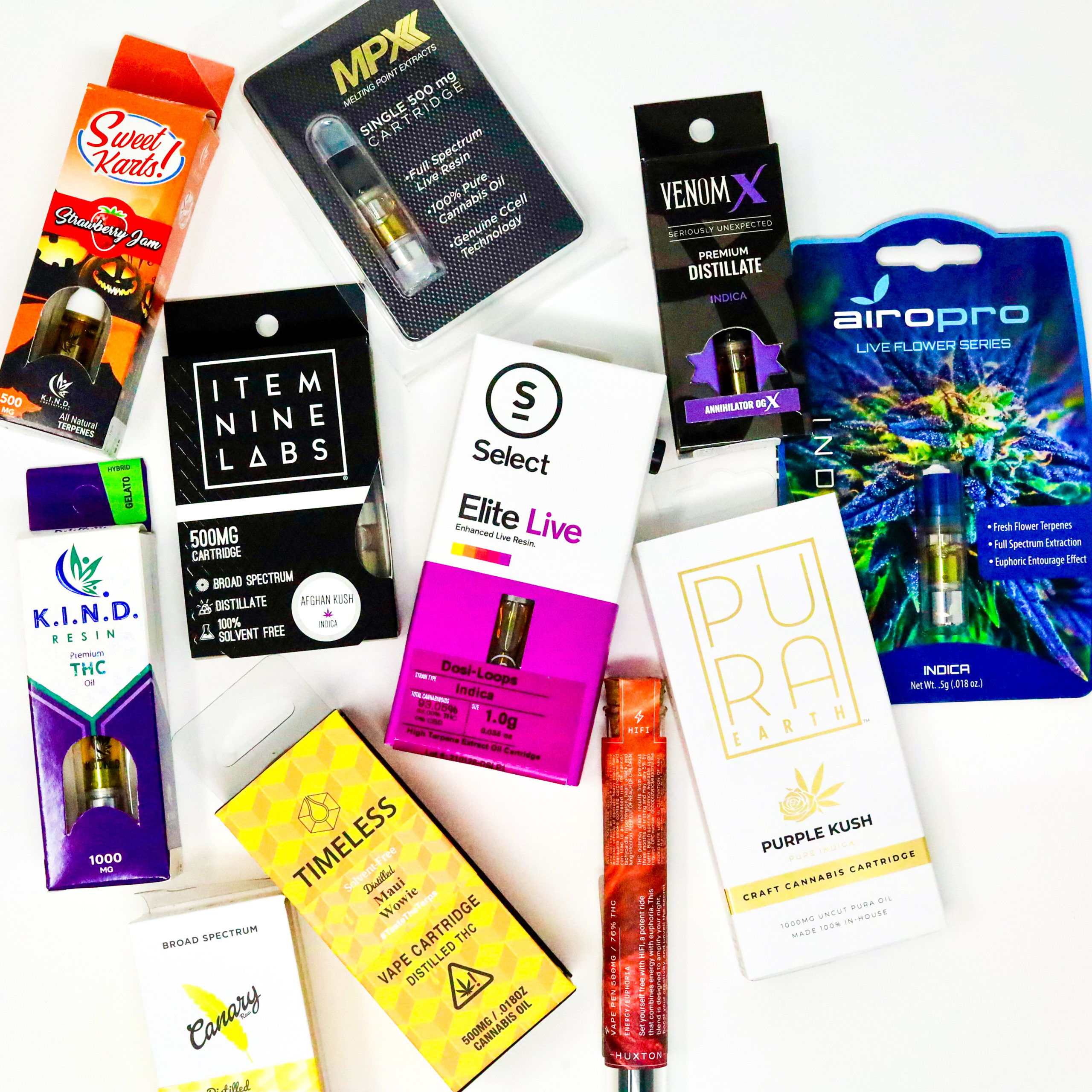 Why Use a Vape Pen?

They are convenient! Vape pens are small, portable, and always ready-to-use. What more could you ask for?!

They are discreet! With the existence of tobacco vaporizers, cannabis vape pens tend to draw very little attention. Additionally, the cannabis smell is almost non-existent depending on the cartridge you have. Live resin carts tend to smell a little more like cannabis than distillate carts.

They are less harmful! Vaporizers do not heat oil to the temperature of combustion or burning which significantly reduces exposure to toxins. Inhaling the cooler vapor has been shown to be far less harmful than inhaling smoke produced through combustion, which can contain up to 100 different toxins.  Though research has not yet been done on the long term effects of vaping, a study done in 2010 showed that after just one month of using a vaporizer, cannabis users with existing lung conditions showed “meaningful improvement” in their lung health.

Additionally, smoking flower can often burn off many terpenes and cannabinoids whereas vaping may actually activate even more of those compounds.

They are cleaner! Since the batteries are reusable and cartridges are disposable, there is no set up as cartridges come pre-filled and ready to go. The only output is water vapor so there isn’t anything to clean up after either! 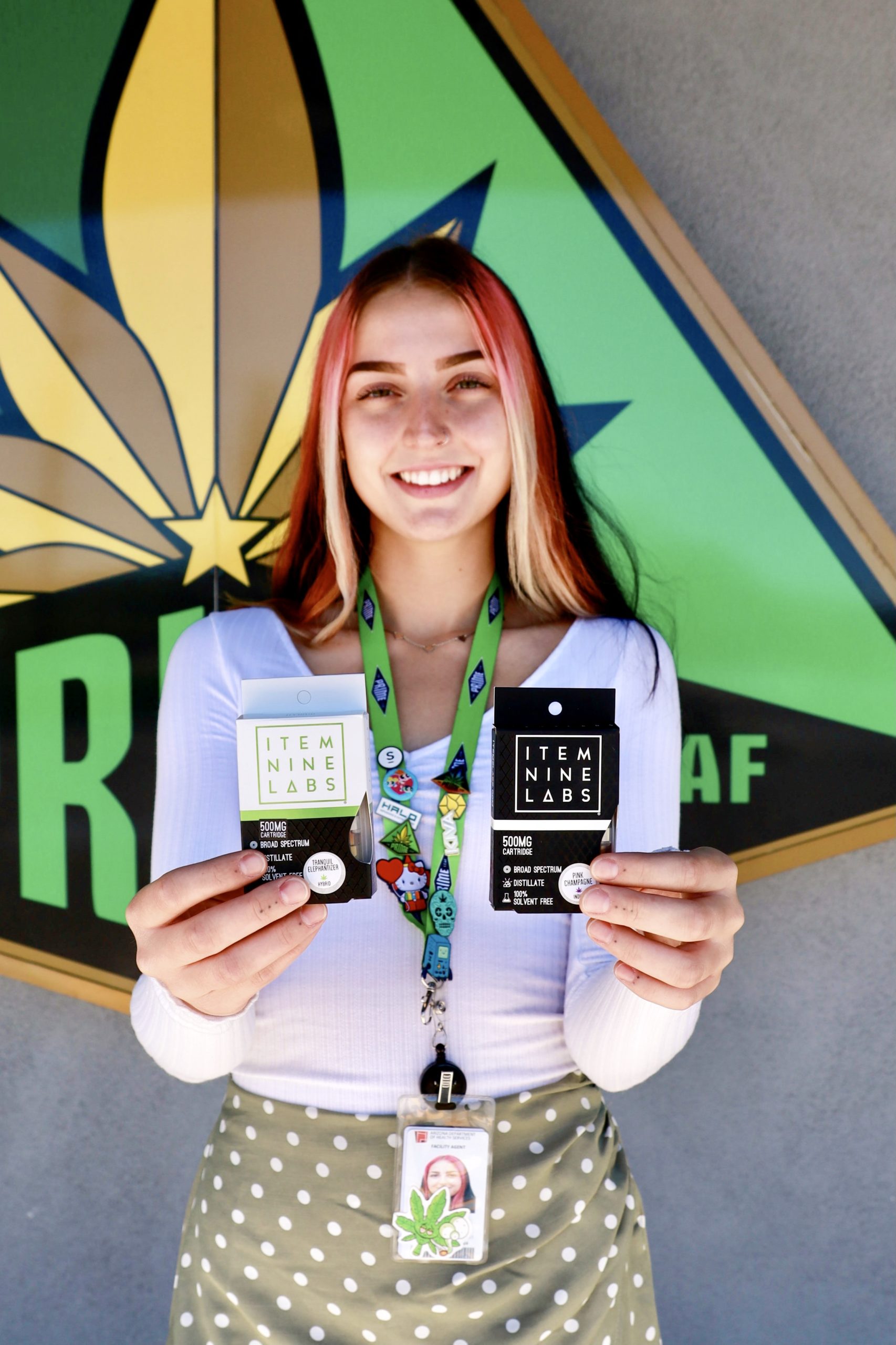 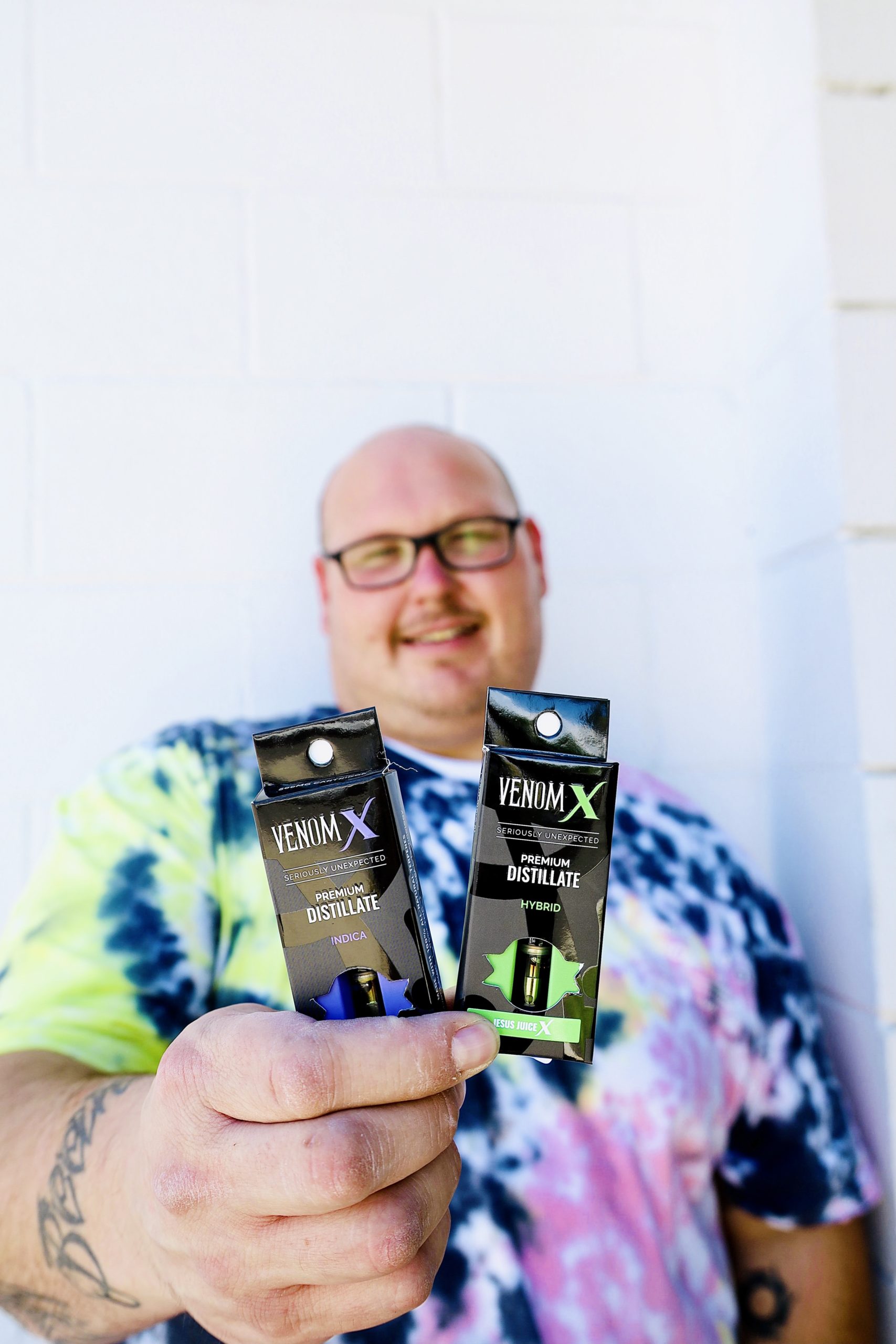 Cartridges are used with a battery to create what is usually referred to as a vape pen. A reusable battery can be charged and the cartridges can be changed out. As mentioned above, the battery heats, rather than burns, the distillate or other oil just below the point of combustion to a temperature that activates cannabinoids and terpenes, turning them into vapor.

There are plenty of battery options out there to choose from. Some batteries have a temperature control option so that you can heat the cartridge to the perfect temperature for you. Shape, rechargeability, battery life and more will likely depend on the brand.

The most common type of cartridge and battery is a threaded CCELL. Most carts are threaded to fit into any CCELL battery.

Other battery and cartridge options include magnetic combos or pod combos. Disposable vape pens may also be an option – the cartridge and battery are combined in one unit that can be disposed of when it’s done.

What’s in a Cartridge

When choosing a cartridge, some things you may want to look at are: the type of oil in the cartridge, if there are any cutting agents present, if the oil has been flavored, and if so, how? All cartridges will contain cannabinoids but not all contain terpenes. Raw cannabis oil may be stripped of all flavor and aromatics, leaving the oil with raw cannabinoids (THC, CBD, etc). Though some form of glycol is often added in to improve the experience of the vapor, many brands are shifting away from glycols and other additives beyond the re-addition of terpenes.

Distillate oils are the final product after a plant has been stripped of all other materials and compounds, leaving one cannabinoid. They are usually a more runny oil, as opposed to the thicker consistencies of other concentrates. This potent oil is the base of most vape cartridges (and edibles) and lacks most of the natural flavors and terpenes of cannabis. However, this allows different brands to control the smells and flavors of their products by adding in their own terpenes. Unfortunately, one drawback is the possibility of reduced medicinal benefits from the entourage effect when the oil is stripped down to a single cannabinoid.

Beyond distillate cartridges, you can also find cartridges containing live resin, hash rosin, rosin and more. Essentially, they are just a cartridge vessel that has been filled with a different oil. More brands are starting to branch out beyond distillate carts to create live resin (and other) options. Live resin oil is made from harvested fresh flower that is immediately flash-frozen and will typically retain more terpenes and original flower strain flavor.

Featured Brands and Why We Love Them

Ask your patient consultant about all of our cartridge and battery options! *Bundle deals on certain brands available every day for medical and adult-use patrons.